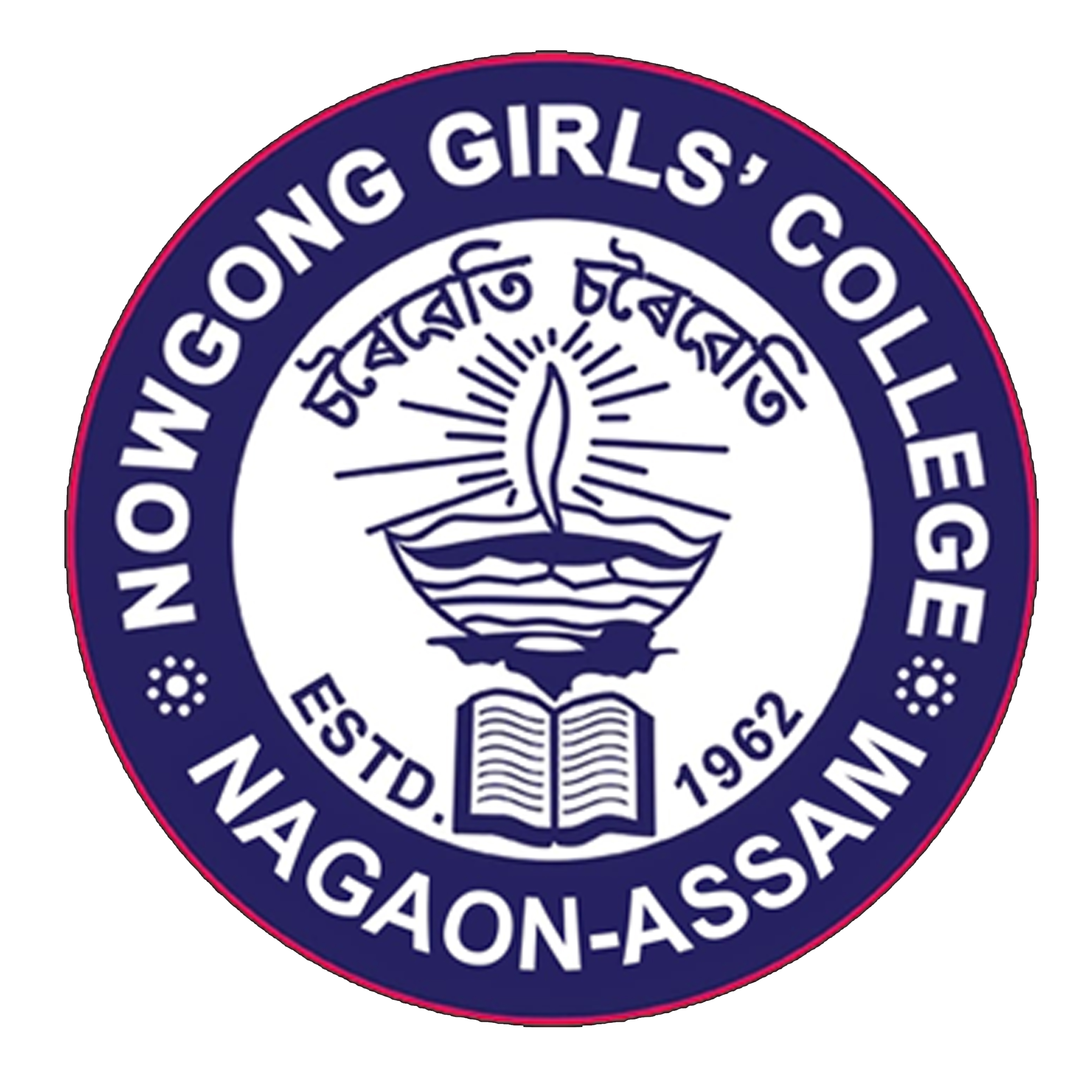 The College Insignia reflects the untiring efforts of the Institution to spread the light of knowledge in the society. CHARAIVETI CHARAIVETI (चरैवेति चरैवेति) – Move on, Move on, an aphorism from the Aitareya Brahmana, is our guiding spirit.

a. At the top periphery of the external blue circle, the name of the Institution, i.e. Nowgong Girls’ College is enshrined in bold white fonts with a navy blue background

b. At the bottom periphery, location of the Institution, i.e. Nagaon, Assam is mentioned in bold white fonts with a navy blue background; where Nagaon is the district and Assam is the state. Earlier, the name of the district was spelt as Nowgong, and it was the way the name of the district was spelt previously and which was changed to Nagaon. Following this move, this change was incorporated in to the logo and the spelling of Nowgong was changed to Nagaon in the year 2017.

b. Above this, the words, CHARAIVETI CHARAIVETI (चरैवेतिचरैवेति) – which means ‘Move on, Move on’ an aphorism from the Aitareya Brahmana, is enshrined in the Insignia.

c. The words, ‘Estd. 1962’ represents the year of founding of the institution.

The insignia of Nowgong Girls’ College was conceived and designed to communicate the Institution’s ideology on education to the girl student community. It nurtures the Institution’s spirit.For the faculty, management, students and alumnae, the Insignia of the Institution doesn’t end with the formal ending of association; rather, theInsignia has remained as an identity and a symbol of pride for all of themand has stayed with them for the rest of their lives.